Should we stop using the term “PhD students”?

Back in the early 1990s when I was doing my PhD there was one main way in which to achieve a doctorate in the UK.  That was to carry out original research as a “PhD student” for three or four years, write it up as a thesis, and then have an oral examination (viva).  Even then the idea of being a “PhD student” was problematical because I was funded as a Postgraduate Teaching Assistant and to a large extent treated as a member of staff, with office space, a contributory pension scheme, etc.  Was I a “student” or a member of staff or something in between?

Nowadays the ways in which one can obtain a Level 8 qualification have increased greatly.  At the University of Northampton one can register for a traditional PhD, carry out a Practice-based PhD in the Arts (involving a body of creative work and a smaller thesis), or submit an existing set of publications for a PhD by Means of Published Works (“PhD by Publication”).  There are also a couple of Professional Doctorates (“Prof Docs”): Doctor of Professional Practice in Health and Social Care (D Prof Prac) and Doctor of Business Administration (DBA).  Other subject areas are looking at developing these types of degrees, for example in Education.

Some of the “PhD students” who are registered on these degrees fit the mould of the relatively young academic, fresh from a first degree or a Master’s programme.  But many are older, especially on the Prof Docs (which attracts senior staff from business or the public sector), or might be members of staff at the university who teach and do research in areas where PhDs were not traditionally awarded.  And then there are those who are studying for an MPhil, also a Level 8 research degree.

The University of Northampton is not alone in this regard and over the past 20 years the range of doctorates and other research degrees has broadened enormously.  Those studying for a research degree even within the same Faculty may hardly be aware of one another, and some may be long-standing members of staff rather than “students” per se.  It’s important, therefore, to note that there is no single postgraduate community within an institution.  Rather we must recognise that there are communities of postgraduate researchers.

Not only that, but even those on a “traditional” PhD, who are not members of staff,  interact with the university in ways such as involvement in teaching, staff-style email addresses and security cards, etc., that reflects a status that is beyond “student”.  Members of academic staff who are registered for PhDs might certainly resent the idea of being called a “student”.

So for all of these reasons I’m going to try and stop referring to “PhD students” and instead use the term “Postgraduate Researchers” (PGRs).  Because that’s what they are.

As always, I’m happy to receive your comments and views on this.

Filed under University of Northampton

Advice to students: choose your email address carefully (and think about changing it) 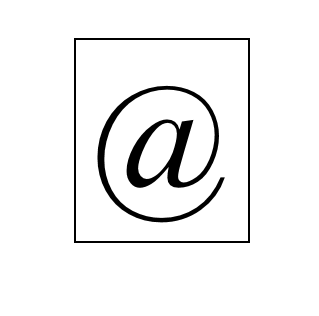 Some years ago a first year undergraduate emailed me from his personal email address which began “iwillrapeyou@xxxxx”.  I’m sure the student and his mates thought this was hilarious when he set up his first email account as a young teenager.  I politely suggested to him that maybe now, as a grown-up interacting with other grown-ups who were supporting his education, it might be time to change it.  “Do you really intend to submit applications for jobs using that address?” I asked.

To his credit he agreed and did change it.  That’s the only time I’ve said to a student that they probably ought to change their personal email address, but lately I’ve come to the conclusion that students need to consider what their email addresses are saying about them to the wider world.  However it’s not a topic I see discussed very often

Looking at the addresses of some recent students I see things such as “buttercup123@xxxx”, “reds360@xxxx”, “halilulyah247@xxxx”, “canadiankckrz@xxxx”, “MAXSAMJAM@xxxx”, “beaniethemanmusic96@xxxx”, “iamwoody22@xxxx”, “SAVETHEPANDAS@xxxx”.  Now none of these addresses are as obnoxious or inflammatory as the first example I gave, but all of them say something about the person behind the email address, whether they are aware of it or not.  These addresses tell the wider world that the person who sent an email is a football fan, or an environmentalist, or a music fan, or has a wacky nickname, etc.  And it’s fine to be all of those things.  But what they lack is any kind of professionalism, they all sound like they are emails from teenagers, not grown ups.

So my advice to all students (undergraduate and postgraduate) would be: think carefully about your email address and what it is saying about you, and consider whether that’s the perception you wish to give to prospective employers.

And while you’re at it you might also want to reconsider including your birth year in the address: that’s an important piece of personal information that could be of use to unscrupulous cyber criminals.

Filed under University of Northampton

Monitoring the biodiversity impact of the new Waterside Campus 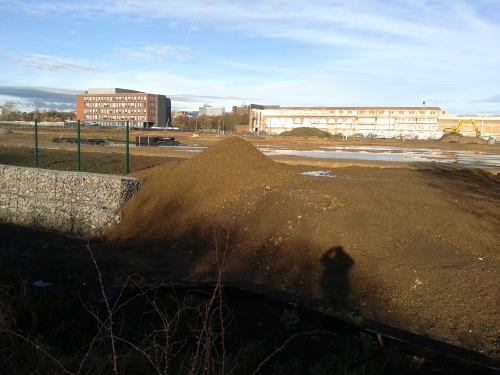 All human activities can potentially have an impact on the biodiversity of the local environment in which they occur.  That impact can be positive or negative, depending upon how the activity is managed, how impact is mitigated, and the metrics that we use to measure the effects that are occurring.  This is particularly true of large infrastructure developments such as big buildings,  housing developments, roads, and, a category close to home for me at the moment, new university campuses.

I’ve written before about the University of Northampton’s plans to build the new Waterside Campus on brownfield land close to the River Nene, here and here.  It’s a huge project, likely to cost in excess of £330 million on a site covering about 20 hectares.

As you might imagine, such an ambitious scheme has not been without its controversies and there is much debate within the university about changes to how we work and interact with colleagues and students, provision of teaching and research spaces, etc.  There’s also been much discussion within the town, though the general feeling amongst the public (as far as I perceive it) is that bringing the university closer to the centre of Northampton will provide a much-needed economic boost and add significantly to the town’s life.

But what effect will such a development have on the wildlife in and around this peri-urban site, given that it’s in the middle of the Nene Valley Nature Improvement Area and very close to internationally important bird sites?

Over the past few months, together with my colleague Dr Janet Jackson, I’ve been taking part in meetings with the Waterside project’s landscape architects (LUC), other partners from the NIA project board, and the local Wildlife Trust. We’ve been discussing the current plans for the green infrastructure of the campus and thinking about how these can be enhanced.  It’s been a fascinating process as initial disagreements have been negotiated towards compromises and additions that everyone is happy with, balancing budgetary, function and space restrictions with habitat creation and landscape enhancement.

There’s too much been discussed to give a full account at this stage, and it’s possible that some details will change over time, but  the current Ecology Strategy document produced by LUC shows that there will be more than 10 hectares of habitat creation on the site, including species-rich grassland, woodland patches, brown and green roofs, swales and damp areas, and recreated brownfield habitat.  The latter is particularly exciting and something of an experiment, as much of the (albeit limited) current wildlife interest on the site relates to the brownfield element, including the “urban tundra“.

To put the 10 hectares into perspective, the adjacent Wildlife Trust Local Nature Reserve of Barnes Meadow is only 20 hectares in area, so it’s potentially increasing that site by 50%.  It’s rare for academic ecologists such as Janet and myself to be able to influence large building developments, so this has been an exciting opportunity for us to make a contribution that (if all goes to plan) will have a positive effect on biodiversity conservation in the Nene Valley.

But how will we know if the Great Waterside Experiment has been a success and that the biodiversity of the new campus is at least as rich, and preferably richer, in species than it was before building took place?

Monitoring of the wildlife is key to this.  Fortunately we have some base-line surveys of birds, plants and invertebrates (including bees and butterflies) from before building started that we can compare with later surveys during and after the campus build.  That process has already started, and with my colleague Dr Duncan McCollin and with two keen second-year students, Jo and Charlie, we have already completed three winter bird surveys to get a sense of how the current site clearance and ground works is affecting the presence of birds in and around the development, including those using the River Nene.  The plan is to continue these surveys up to and after the campus opens in 2018, to give us a data series showing the influence of the campus on bird diversity and numbers.

The initial results are currently being analysed and it appears that the current phase of building has reduced overall bird diversity by about 30%, and that red and amber status birds (of most conservation concern) have been affected more than green status birds, as this figure demonstrates (click on it for a closer view):

These rough figures hide a lot of detail, however.  For example, there has been some addition of species in 2014-15 that were not recorded in 2012-13, including Coot, Treecreeper and the amber-status Stock dove.  More importantly, some of the amber status birds that we didn’t record on site in 2014-15, we know from additional surveys are still present in habitats within 500 metres of the development, for example Dunnock, Green woodpecker, and Bullfinch.  Similarly, red status birds such as resident Starling, and winter migrant Fieldfare and Redwing occur within at least one kilometre of the site.  Hopefully as the building work progresses towards completion these (and other) species will return, so at the moment we’re not too concerned by their disappearance from the site.

Later in the spring we will conduct a couple of breeding bird surveys, and continue surveying for the next few years until the campus opens in 2018.  Only then will we see exactly how successful our influence has been.  In the mean time I’ll report back as and when we have more data to share.